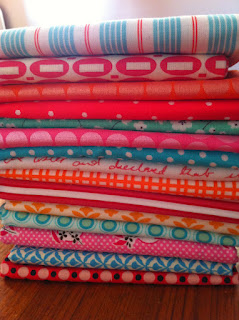 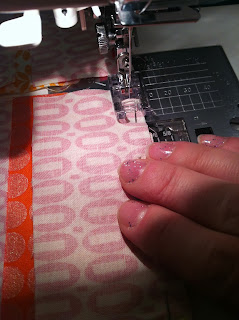 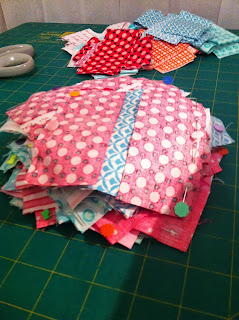 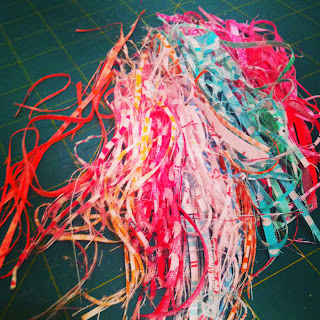 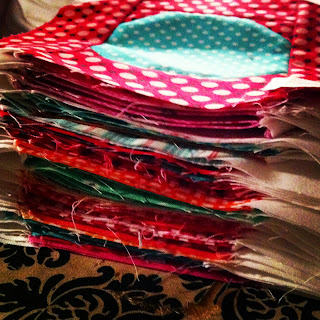 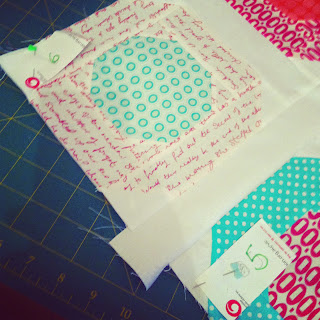 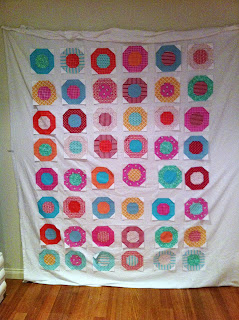 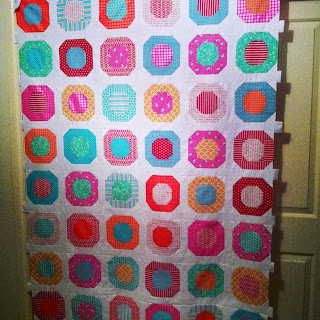 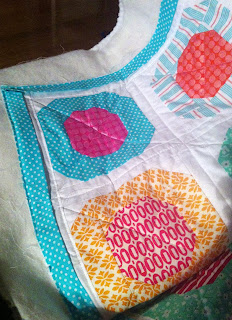 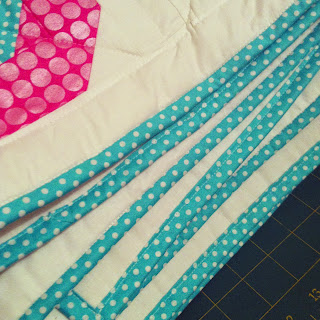 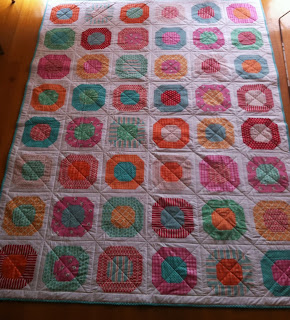 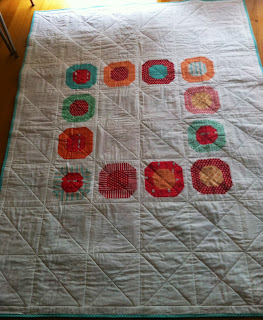 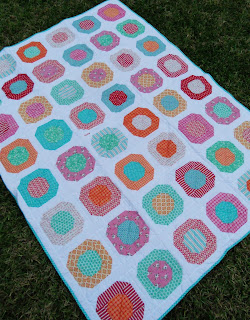 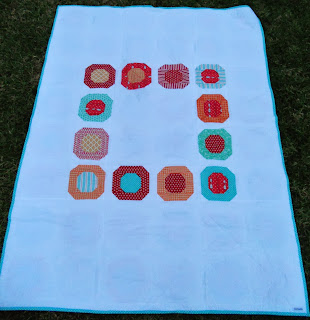 It looks wonderful! I've ordered the book too and can't wait to flick through it

Bec I hardly ever comment on blogs anymore because I am slack but I just had to come in and say I love your quilt, it's gorgeous

Sorry. Couldn't part with that one!

Gosh, you impress me with your quilting. Truly lovely.

Love the colours love the pattern love the back piecing - just Ace all round!!

Bec
do you sew your binding on before you trim up your quilt. Do you then trim leaving a 1/4" of batting to go into the binding when you turn it to the wrong side?

Gorgeous! Beautiful selection. Also... hardly surprising re the time between posts. You and me both!

It is beautiful Bec. I love quilts with lots of color and a white background.