So a kid having a birthday on a Tuesday, in the middle of a full week of work was not what I call practical! and I din't want another big party, so planned some fun things for the Sunday before it.
We were lucky enough through Girl Guides to receive some free tickets to an advance screening of this movie. I knew nothing about it, and wasn't sure if the girl would like it, but- AWESOME! The only thing it doesn't have is romance, but as the 'tweenie' movies of boy-meets-girl are already are hit in this house, I was kinda glad! Jokes, action, thrills, we LOVED it, so do yourself a favour when it hits the screens!
The we headed home for 'afternoon tea' with a few close friends.
Preparation began last night... 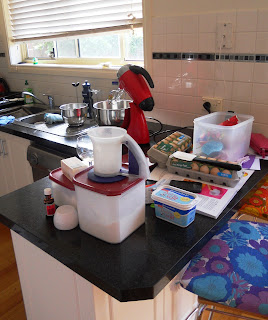 sewing is my love, not baking anymore, but I realised I have a young girl to teach, who's a willing student.... 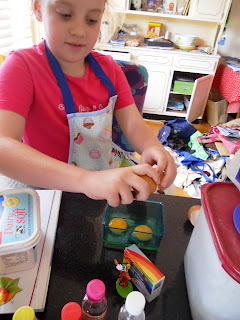 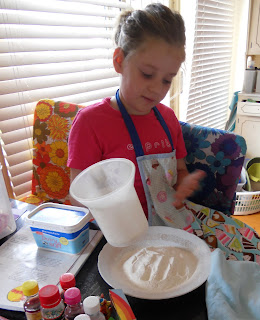 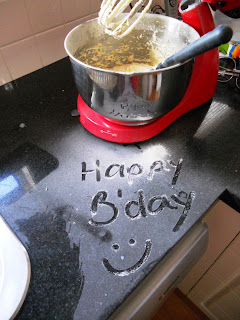 and then the cutting! 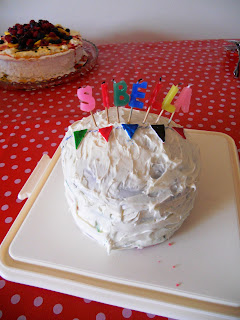 Ta Da!!! I have seen many of these in blogland over the year, and knew I had to try it. Mild panic last night had me ring my pal for advice- thanks Cathie! 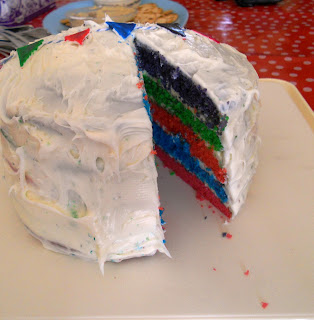 I had a pavlova too, hey, why not? 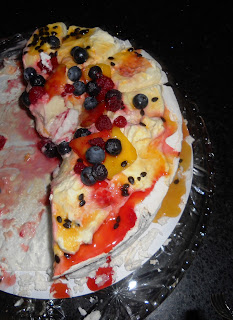 I decided to give her an early treat, the (god damn) softie she's wanted for yonks. I had to buy a new printer to make him, as there were no inkjets at work, and my old one wouldn't work with the new laptop. Jodie's instructions were great; I still managed to stuff up the first one, and was so happy the 2nd one made it! 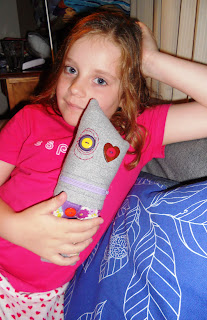 (excuse the blue food colouring finger, that's nothing compared to the day before!!)

that says "you're awesome-sauce', by the way.

Happy Birthday to your daughter!!
and awesome job of the rainbow cake!! and the softie is ADORABLE!!
My youngest had her birthday last Tuesday - was very stressful with a whole lot of school stuff on for their last week of school...still recovering ;)

Love the cake and the softie!!
(and your bar stools - gorgeous!)x

Happy birthday Miss Sib!!!
What a great day you had. Lucky your Mum is so ACE!!!
xx

Happy bday for tuesday s! Looks like you had a great day today and mum made you the best cake ever! Hope you get to celebrate your bday at school too.
Always here if you need any baking advice bec but I think your little chef will be able to take over the baking duties.
See you soon x

I hope she has a lovely day on Tuesday.
I love the cake, and the softie!

Cooking up a storm! I like the idea of teaching the little one to cook......ultimately it will give you more sewing time.
Happy Birthday for Tuesday Miss S.

Wow - the colours in that cake are AWESOME! what food colouring did you use?

Happy Birthday Sibella! Love the softie Bec, it turned out so great. The rainbow cake looks wonderful. Was it easy to make?

Wow! Great cake! I want a cake like that next birthday!

Happy birthday Sib. And well done to her mum (and particularly awesome-sauce softie)

what an impressive cake Bec