Oops, I'd better do a catch up!
I haven't been putting many pics on Twitter or Instagram at the moment, as I'm phone-less for now, so there's a few to catch up on here!
First from Australia Day. Or as Aussies like to say "Orr-stray-ya" Day!
We headed to my sis and hubby's for the christening of the new (2nd hand) BBQ.
It's name is Garth (printed on it, seriously!)
Oh, that's my BIL, despite the apro and curls- he still hasn't cut his hair after becoming shaggy man! The beard has gone, though, and my sis is devastated! 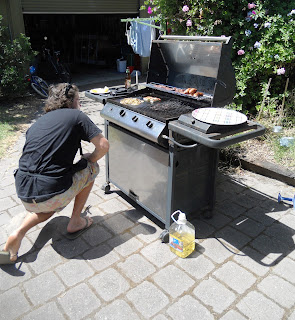 This kid is very happy her aunt and uncle are back! 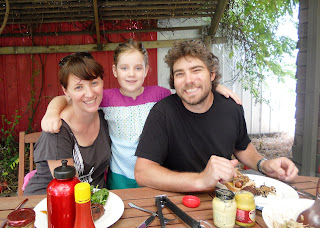 People her own age to play with HAHA! 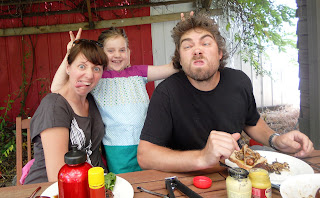 Their very funny cat Enzo had a great time playing in my sewing box. 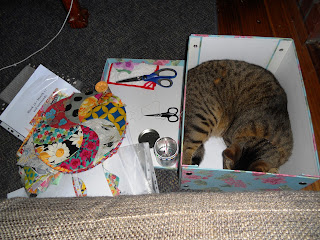 We did a bit of sewing over the weekend; this included a sit and sew at the MMGQ on Friday night, where I only managed to take a photo of my food! Der!
Saturday was all about choosing scraps and teaching her raw edge applique! 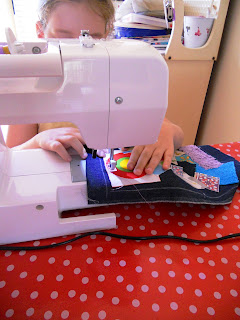 The chenille bedspread was soaked for a few days in the bath, then washed and it came up pink! Not peach as I thought. It's a great fit, too! 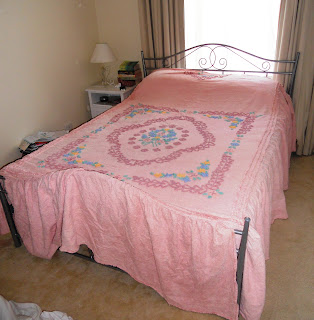 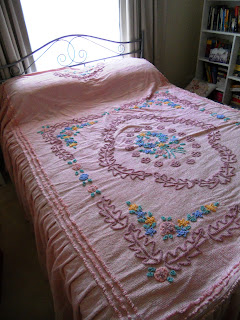 And I have a large custom order for a few different things. So far....
a hat 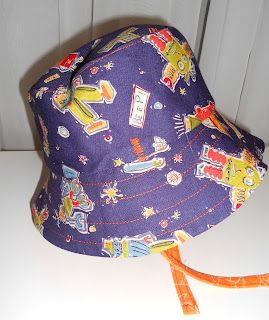 2 cushions from a fave dress; 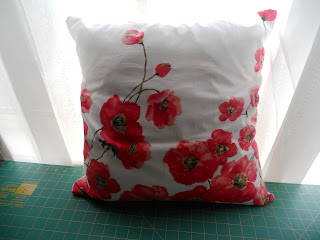 linen backs and I worked out the fold over the zip! 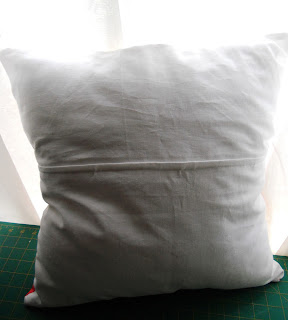 and some sweet vintage ones (with vintage zips, of course!) 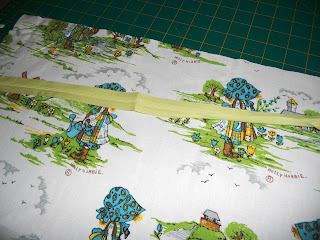 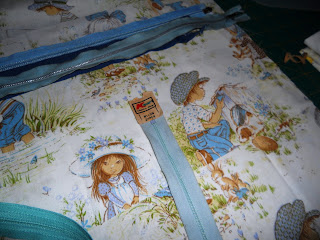 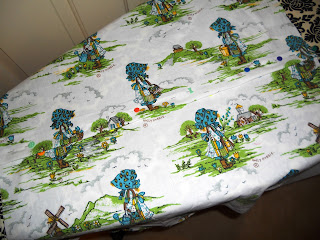 That's probably enough for now!
Posted by bec at 11:44 PM

Loving all your makes..and the chenille bedspread is gorgeous!

That first Holly Hobby print was the same one my mom made our curtains from back in the day! Lovely stuff going on...